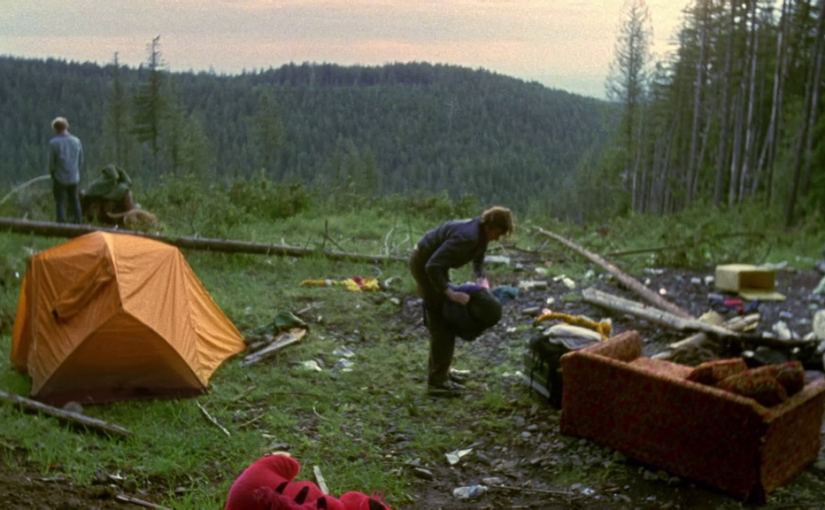 I was born in Oregon, and often I suspect my heart still lives there. I spent a good portion of my childhood in a small rural town in the Oregon countryside, and even after my family moved north to Washington (where I’ve lived ever since), Oregon was still our destination for vacations and day trips. I’ve taken enough road trips in and around the areas where Kelly Reichardt’s film Old Joy (2006) was shot that I was able to identify geographical errors– at least one of the towns visited by the protagonists is in the opposite direction of where they’re said to be traveling. These inconsistencies don’t cause me any irritation, to be clear: they make me feel elated. I’m not used to seeing areas I feel an intimate connection with portrayed so intimately on film.

And oh my, is Old Joy ever intimate. There have been some brilliant recent films set in the Portland, Oregon area, such as Leave No Trace and Lean on Pete, but those films are brilliant on the strength of their character work, and sometimes let the landscape take a backseat. Old Joy interweaves character with landscape expertly…or maybe it just felt that to me, someone whose soul is intricately and inexorably tied to the endless Evergreen trees, the Columbia River, the winding mountain roads, the creeks and rivers, the clouds.

Old Joy feels like a film about attempting to recapture something lost by the pull of time– an intimate relationship, a time of less responsibility and worry, a simpler existence communing with nature. It explores the futility of these attempts: The world encroaches in the form of garbage left on a beautiful mountain ridge, responsibilities of parenthood and career stress await back in the city, people on the radio never run out of things to say about the state of the government and society as a whole, and that relationship has changed. It may never again be what it once was, regardless of how much longing one person may have for the past, real or imagined.

The film also suggests that this progression of time and changes in life are natural. That sorrow is just worn out joy, transforming and breaking down as everything must with the passage of time. It also suggests, reassuringly, that moments of true peace and intimacy can be found, if only fleetingly. The entire film has a heady and powerful energy, but never more so than when we arrive at the hot springs. Mark looks up as he listens to his old friend Kurt tell a long, rambling story with a perfect conclusion, and the expression on his face is indescribable. It is a once in a lifetime moment. 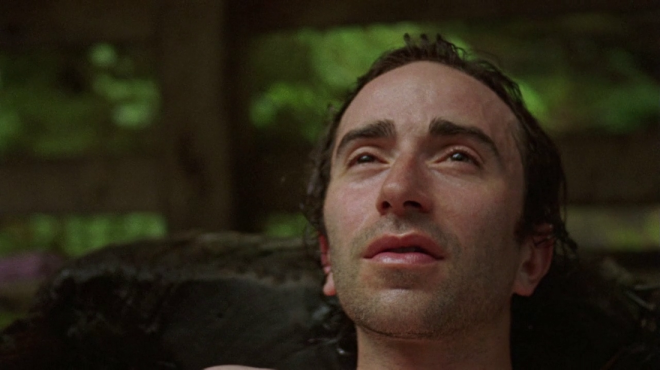 I felt this entire movie in my very bones, because I’ve left Oregon behind. I will visit the Columbia Gorge, the Oregon Coast, and my eternal city-love Portland again, and probably sooner rather than later. But something has shifted, and it had shifted before I left. I felt my joy starting to turn old, the comfortable weight of familiar surroundings becoming slowly ever less comfortable, more constricting. This film is so evocative of its location, a location that I feel a deep and heavy connection to, that I was able to perfectly synthesize the setting of the film with the emotional journey of the characters. It felt like going back, in someone else’s shoes. A deeply comforting experience, and also one that gave me a lot to think about. When I go back in my own shoes, will I be trying to recapture something that has well and truly past? Will I be attempting to reclaim joy from sorrow? Would I be wrong to do so? In the meantime, while I ponder these questions, I’m grateful to Old Joy, for allowing me to revisit some old joys of my own.